This symposium aimed to broaden knowledge in fields related to infection and immunity and techniques that are less commonly known. The topics covered were chosen to keep track of the variety and the latest advancements in these fields in order to stimulate creativity of the audience as they will become the leading front of future research. The symposium took place on the 17th and 18th of November 2016. The programme of the symposium is shown below.

Below you can find the speakers who were invited for this Symposium. 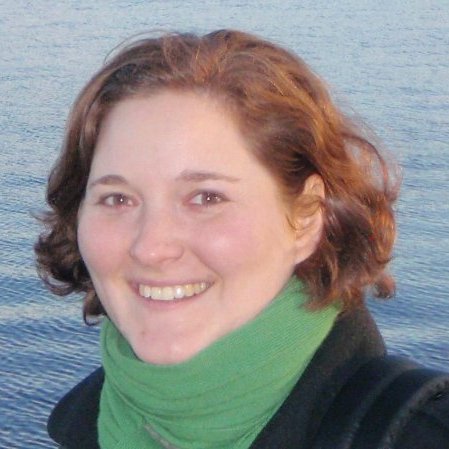 Dr. Julia Drylewicz was trained in Biostatistics and Epidemiology at Bordeaux School of Public Health and graduated in Biomathematics from Paris V University (France) in 2006. She obtained her PhD in biostatistics at Bordeaux University (France) in 2009. From 2010 to 2014, she performed postdoctoral research in computational and quantitative immunology under the supervision of José Borghans in the Department of Immunology at the UMC Utrecht and collaborated with Prof. Rob de Boer in the Utrecht Center for Quantitative Immunology at Utrecht University. Her research focused on quantifying cell dynamics in health and disease using mathematical modeling to analyse stable-isotope labeling experiments.

Since 2014, she is a full-time researcher within the Bioinformatics Core Facility in the Laboratory of Translational Immunology of the UMC Utrecht. She collaborates with many groups on multidisciplinary projects that aim to close the gap between experimental and theoretical work by using biostatistics, bioinformatics and computational approaches. Some of her most recent projects involve modeling cell homeostasis in human, defining the optimal time of maternal vaccination for RSV infection and determining endotypes of atopic dermatitis patients based on serum biomarkers measured by Luminex.

Abstract: Since the 90’s, mathematics has helped to understand immunological and infectious mechanisms, and fields of research such as computational biology, bioinformatics, biostatistics and quantitative immunology have attracted more attention in the experimental research field. Multidisciplinary projects combining experimental and mathematical approaches have enhanced general immunological knowledge and are clearly needed to analyze accurately the increase amount of data generated by experimental laboratories. In this talk, I will review different mathematical and computational approaches that have contributed to our understanding of the immune system. 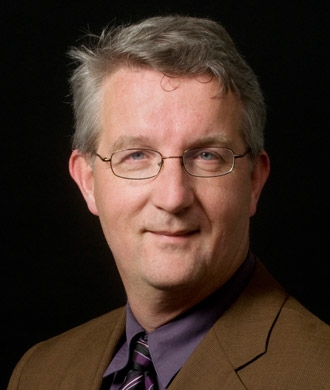 “How not to be seen: immune-evasion strategies in gene therapy”

Prof. Hoeben graduated in Biology from Utrecht University (1986) and obtained his PhD at Leiden University in 1991. He performed postdoctoral research on the use of adenovirus and retrovirus vectors for treatment of liver disorders. During his career, Hoeben published more than 115 papers in international peer-reviewed journals. He is also inventor one European and of eleven US  patents. In addition, he is on the board of the Dutch Society of Gene Therapy, and Member of COGEM (Committee on Genetic Modification), which advises the Minister of Infrastructure and the Environment on the use of Genetically Modified Organisms.

The research in the section of Virus & Stem Cell Biology at the LUMC focuses on the fundamental aspects of viruses and stem cells, and their development into therapeutic agents for the treatment of human inherited and acquired diseases. The virus biology research involves the development and characterization of improved viral vectors for biomedical research, in particular gene therapy.

Abstract: Viruses have two opposing faces. On the one hand, they can cause harm and disease and may manifest directly as a contagious disease with a clinical pathology of varying significance. On the other hand viruses may provide hope: hope for an efficacious treatment of serious disease. Examples of the latter are the use of viruses as a vaccine or, more directly, as therapeutic anticancer agent in an oncolytic-virus therapy setting, Viruses are also used as vector for transfer of therapeutic genes in gene therapy. The current vectors have their limitations. Innate and adaptive immune responses to vector particles and components may restrict the efficiency of gene transfer and the persistence of expression of the transgene. Results from preclinical studies in animals and more recently data from clinical studies have demonstrated the potential impact of the cellular and the humoral immune response on the therapeutic efficacy. Not only the vector components, but also the transgene products may induce an immune response that negatively affects the therapeutic efficacy. The induction of a cytotoxic T-cell response to transgene-encoded peptides, as well as the production of antibodies directed against secreted proteins have been reported, and this may thwart those applications that require long-term expression. In this presentation I will review some of the options to blunt the immune responses to transgene-encoded polypeptides. 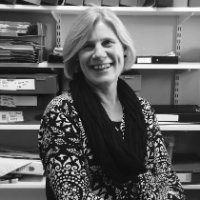 Cliona O’Farrelly, is Professor of Comparative Immunology and Fellow of Trinity College Dublin. A recipient of the Irish Research Scientists’ Association Gold Medal, the Graves Medal, the Conway Medal, the Isla Haliday Award, Cliona was awarded the Nature Mentoring Award in 2014. Having been President of the Irish Society of Immunology from 2000-2007 and on the Board of the Irish Cancer Society from 2006-2012, Cliona served on the Boards of the Royal Dublin Society and Trinity College Dublin from 2011-2016. She is now Secretary to Fellows at TCD. Cliona completed her undergraduate degree in Microbiology and PhD in Immunology at TCD before undertaking postdoctoral research in Dublin and the UK, and becoming Lecturer on Biology at Harvard University. While Director of the Research Laboratories at St. Vincent’s University Hospital, Dublin from 1993-2007, she was instrumental in developing one of the world’s first research programmes into human liver immunology. This continues to be a major research interest. She also has research interests in several species including bats, birds, dolphins and horses. She has published almost 200 papers, reviews and book chapters and has raised more than 10 million Euro in grant funding. She is passionate about science communication and education and has graduated 34 PhD students, 7 MD and 4 MCh students from her laboratory. She designed a new MSc Programme in Immunology at Trinity College Dublin which has graduated almost 100 students and spearheaded several novel initiatives for communicating science to the public.

Abstract: The uterus, whether pregnant or not, is a site of diverse immunological activities.  In this organ, harmless foreign antigens of commensal and foetal origin require tolerance while at the same time, effective tumour and pathogen surveillance must be maintained while major tissue remodelling is regularly required. The Comparative Immunology Group (CIG) studies immunological activity in the reproductive tracts of humans and cattle with a view to understanding the immune processes required for fertility and uterine health. We have discovered, analysed and quantified several genes, molecules and mechanisms of the innate immune system that play important roles in reproductive immunology and are convinced that some of these could provide better screening tests for pathology and infertility. 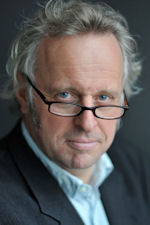 “Zoonoses in the Netherlands: a conflict of interests”

Prof. Zaaijer graduated in Medicine from the University of Amsterdam (1992) and specialised in blood-transmitted infections. He obtained his PhD at the Central Laboratory of the Dutch Blood Transfusion Service in 1995. Subsequently, prof. Zaaijer was trained to become a medical microbiologist at the VU Medical Centre (VUmc). He became head of the department of blood-transmitted Infections at Sanquin Research in 2008. Prof. Zaaijer also serves as chairman of the National Commission for the Prevention of Iatrogenic Hepatitis and HIV, and member of the Health Council’s Committee on the Future of the National Immunisation Programme. With imported infections such as dengue, West Nile fever and Chikungunya and zoonotic infections such as vCJD, Q fever and hepatitis E becoming increasingly relevant in terms of blood safety, prof. Zaaijer’s work now also extends to these types of infectious diseases. In the near future he will extend the scope of his activities to research occult infection with the hepatitis B virus and decision-making processes with regard to the spread of infections and blood safety.

Abstract: The Netherlands experienced severe zoonotic outbreaks: vJCD from cattle, Q-fever from goats, and currently hepatitis E from pigs. A hidden zoonotic outbreak concerns the spread of resistant bacteria and resistance genes (MRSA, ESBL), induced by the massive use of antibiotics in animal farming. The large Q-fever outbreak led to an investigation which concluded that the agricultural sector did not take its responsibility, and that fact finding and problem solving was hampered by the fact that two ministries are in charge, serving different interests. Other conflicting interests play a role too. Consumers buy the cheaper meat, undermining sustainable production. Veterinarians prescribe the cheaper short term solution, which may be bad in the long run. For export agriculture must be competitive, which complicates the introduction of costly national safety measures. Put in a wider societal perspective, at present western societies seem strikingly tolerant for harmful side effects of capitalism: banks are allowed to construct toxic financial products of which the risks and costs reside with the tax payers. New drugs are extremely expensive because pharma is allowed to apply ‘value based pricing’, again paid by unknowing citizens. Against this background a continuous stream of zoonoses from intensive animal farming is not surprising. 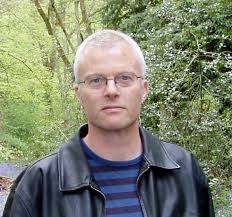 Prof. dr. Simon Foster started his career as a PhD student in Cambridge, after which he transitioned to Sheffield University where he has been appointed as professor since October 1999. In 2008, he became the director of the Krebs Institute, an interdisciplinary institute to facilitate biomolecular science within the University of Sheffield. In addition, he is an Honorary Professor at the Technical University of Sydney, Australia, as of June 2011. During his career, prof. Foster has studied the molecular physiology of pathogen Staphylococcus aureus for over 20 years. His research concentrated on a number of areas including stress responses, vaccine development, essential genes, host-pathogen interaction and cell wall architecture/dynamics. As a result he is also an academic founder, a director and the Chief Scientific Officer of a biotechnology spinout company (Absynth Biologics), developing a range of targets for the prevention and control of S. aureus (MRSA in particular) and other pathogens. He is currently involved in five ongoing grant projects, including a most recent one on the mechanistic understanding of cell wall biosynthesis to combat antimicrobial resistance.

Abstract: The shape and integrity of bacteria is determined by the cell wall. The cell wall peptidoglycan is essential for the life of most bacteria and its synthesis is the target of such important antibiotics as penicillin and vancomycin. Prof. Foster’s laboratory takes an interdisciplinary approach to investigate the architecture of the cell wall and its dynamics during growth and division. This encompasses the use and development of novel high-resolution microscopy techniques such as atomic force microscopy to determine the architecture and dynamics of peptidoglycan across the bacteria. This has revealed a hitherto unexpected complexity leading to new models of cell wall growth and division.