Prof. Dr. Marion KoopmansHead of the Erasmus MC Department of Viroscience and Advisor to the WHO on the Rise of Novel Infectious Diseases

Professor Marion Koopmans studied Veterinary Medicine at Utrecht University and here she received her PhD at the Department of Infectious Diseases and Immunology by researching the diagnosis and epidemiology of torovirus infections in cattle. After a period working in various positions at the Centers for Disease Control in Atlanta, USA, she spent nearly two decades working for the Dutch National Institute for Public Health and the Environment (RIVM). Firstly, as a senior scientist focusing on enteric virus research, and later as the Chief of Virology within the Laboratory for Infectious Diseases. Afterwards she moved to her current position at the Erasmus Medical Center. Here, she focuses on the global population level impact of rapidly spreading zoonotic viral infections, with special emphasis on (foodborne) transmission among animals and between animals and humans.

Since 2014, she also advises the WHO on the prevention of and the fight against emerging infectious diseases. During her career, prof. Koopmans has co-authored nearly 900 publications with over 30 000 citations. She has received many awards and grants, including the Stevinpremie, which is the top grant from the Dutch Institute for Scientific Research (NWO). In the last six months, she has become a prominent face in the fight against COVID-19, due to her role as member of the Outbreak Management Team advising the Dutch government on measures to combat the spread of SARS-CoV-2.

Air pollution and lung healthOutdoor and indoor air pollution has deleterious effects on lung health, particularly in patients with existing airway disease, with a major impact on disease severity and mortality. Outdoor air pollutants, particularly from road traffic, include sulphur dioxide (SO2), nitrogen oxides (NOx), ozone (O3) and small particulates (PM 2-5-10) cause irritation or injury to the respiratory mucosa and may be absorbed to cause cardiovascular disease. These pollutants may cause worsening of existing asthma, may sensitise individuals to allergens and possibly increase disease prevalence. Air pollution also causes worsening of COPD, with increased exacerbations and appears to be a risk factor for development of COPD where outdoor ambient air pollution levels are high. Household air pollution due to biomass smoke exposure from cooking is very common in low and middle income countries and is a key risk factor for COPD in non-smokers (50% of COPD in the world). Its effects are mediated by PM 2-5 through the generation of oxidative stress in the airways. Some individuals may be more susceptible to the damaging effects of air pollution and there is a search for susceptibility genes. The interactions between different air pollutants is complex and deserves further study as there may be synergetic interactions between various pollutants that affect different molecular pathways. Urgent interventions are needed to reduce exposure to air pollution in order to improve global lung health.

Prof. Dr. Hanneke SchuitemakerProfessor in Virology at the Amsterdam University Medical Center of the University of Amsterdam, Global Head of Viral Vaccine Discovery and Translational Medicine at Janssen Vaccines & Prevention and member of the Global Public Health Senior Leadership team

Janssens efforts in the development of an Ad26 based COVID-19 VaccineIn light of the high medical need for a preventive COVID-19 treatment, Janssen is developing an Ad26-vector based SARS-CoV-2 vaccine candidate. The lead candidate Ad26.COV2.S, encoding a stabilized SARS-CoV-2 Spike (S) protein, was selected based on high S protein expression levels, excellent manufacturability, superior immunogenicity (binding and neutralizing antibodies, Th1 skewed cellular immunity) in mice, rabbits, hamsters and non-human primates (NHP) and on excellent vaccine-mediated protective efficacy in SARS-CoV-2 pre-clinical challenge models in hamsters and NHP. These data lead to the start of a phase 1/2a first-in-human clinical trial on July 22, 2020, to assess safety, tolerability, and humoral and cellular immunogenicity of Ad26.COV2.S in healthy adults (age 18-55) and adults >65 years of age. The interim safety and immunogenicity data from this ongoing clinical study was presented. Based on the overall safety and immunogenicity profile, a phase 3 study was initiated on September 21, 2020, testing the protective efficacy of this single dose of our Ad26.COV2.S vaccine candidate.

The role of inflammation in the development of heart and vessel diseaseAlthough it has been known for decades that the immune system is involved in the pathophysiology of cardiovascular diseases, the exact cellular and molecular mechanisms still remain incompletely understood. Inflammation, which is an integral part of the immune and also tissue repair response, drives the development of atherosclerosis, a major cause of stroke and heart attacks. For example plaques in the arteries, a hallmark of atherosclerosis, contain large amounts of inflammatory cells. Studies in animals have shown that strategies to lower the migration and accumulation of immune cells into the blood vessel wall successfully reduce the development of atherosclerosis. However, attempts to develop specific therapeutics that target leukocyte migration for treatment of human disease have largely been unsuccessful. Nevertheless, recent studies with general anti-inflammatory drugs have shown promising results. In this lecture, the state-of-the-art on the importance of inflammation for cardiovascular disease was presented.

Prof. Dr. Wilbert BitterHead of the research unit of the department of Medical Microbiology and Infection Control (MMI) at the Amsterdam UMC

Unconventional strategies to find drugs against an unconventional pathogen: how to tackle tuberculosis?M. tuberculosis is the causative agent of tuberculosis (TB) and estimated to be responsible for the death of 1.5 million people each year, which makes TB currently the greatest killer worldwide due to a single infectious agent. These daunting figures from the WHO seem to be in contrast with the fact that TB can be cured with antibiotics. However, to cure a TB patient a prolonged and intensive combination therapy of four drugs and 6 months is required. Moreover, in the last decades, there has been a steady rise in the number of TB cases caused by drug resistant M. tuberculosis strains. This calls for new drugs and shortened therapy. After decades of near inactivity in this area, there has been a renaissance in TB drug development. Recent breakthroughs in this field clearly show that new drugs against Mtb with new chemical entities and new modes of action can be identified. However, major bottlenecks in TB drug development remain. One of these bottlenecks is the mycobacterial cell wall; this bacterium has an unusual and highly impermeable cell wall, which protects it against most antibiotics. Another bottleneck is the activity inside the host; the antibiotics have to reach the macrophages inside granulomas. To tackle these two bottlenecks we have reinvented tuberculosis drug screening by including in vivo testing at an early point. In vivo testing is performed using zebrafish larvae infected with fluorescent Mycobacterium marinum, the causative agent of fish tuberculosis.

Dr. Izabela Rodenhuis-ZybertAssistant professor at the Experimental Virology Group (EVG) within the Dept. of Medical Microbiology and Infection Prevention at the University Medical Center Groningen. 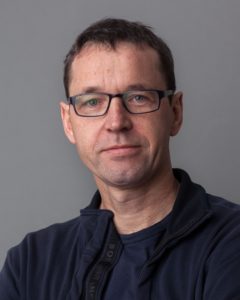 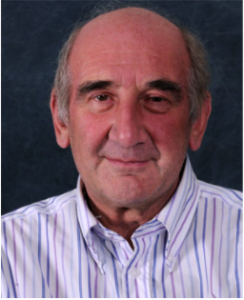 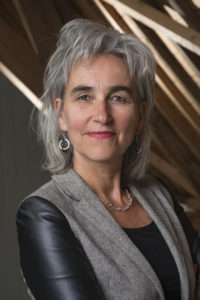 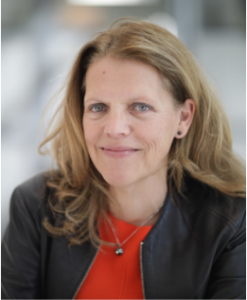